I know what you’re thinking: What key principle could possibly still be a secret from investors?

“Secret” is an often-misused word, and maybe I’m just making the situation worse. But with the stock market reaching new highs week after week and optimism apparently running wild, it’s extremely easy to overlook this:

The key to long-term success is to pick a good strategy and then establish a lifetime commitment to maintain that strategy regardless of what’s going on at the moment.

In the short term and the medium term, the market is unpredictable and seemingly random. But over the long term (I’m talking decades), it’s easier to figure out and predict.

If there’s a “secret” to long-term success, it’s managing your expectations.

The rest of this article is focused on what I think you should expect. Specifically, we’ll discuss six well-known U.S. asset classes:

• Small-cap stocks (a blend of growth and value)

One thing you should not expect is for one decade to look like the previous one. For a case in point, consider the S&P 500. In the 1990s, that widely followed index performed better than all the others in that list.

To sink this point home, let me reiterate: In the first of those three decades, the index compounded at 18.2%. But in the next 10 years (the ‘00s), the index had a compound annual loss of 0.9%, while long-term government bonds grew at 7.7%.

Anybody who predicted that in 1999 would have been regarded as a lunatic.

This is an example of what I consider the “randomness” of the market over the medium term.

But over the longer term, periods encompassing two or more decades, the relative returns of these six asset classes are more predictable.

In fact, they tend to follow what I think of as “the sales pitch” for smart diversification. This “sales pitch” is nothing more than a summary of academic researchers telling us what we should expect.

There are three parts to this pitch:

Over nine decades, the 1930s through the 2010s, the markets delivered this:

When you’re looking at short-term returns, these patterns are often impossible to discern.

Let’s take a peek at a very colorful table for just a moment.

At first glance this can seem overwhelming. It follows nine asset classes, one year at a time, over the past 20 years. You can spend as much (or as little) time you want with this table, but I’d like you to notice the bright orange boxes that indicate emerging market stocks.

Lesson: Whatever happens in any given year, you can’t count on it to continue the next.

So short-term and medium-term returns are random. But over longer periods, the randomness decreases.

On my website is a page of colorful tables filled with interesting data that spans nine decades. In the far-right column of table 1, you can see the evidence for what I just said: The sales pitch was fulfilled.

I’ve been writing and speaking about this four-fund combination of asset classes for years, and as you will see in the table, it was above average in seven of the nine decades.

If you look decade by decade, the sales pitch was fully fulfilled only twice: in the 1940s and the 1960s. But at least two of the three elements were fulfilled in six of the nine decades.

And here’s something else interesting: stocks failed to outperform bonds three times: in the 1930s, the 1970s, and the 2000s.

If you scroll down to table 6, the first four columns show some very consistent patterns.

• Small-cap value is on top three of four times.

• Value (as opposed to blend) was on top every time.

The longer your time frame, the more the reality of the market lives up to the sales pitch I outlined earlier. Conversely, when you look at only a year (or even a decade) at a time, the market is tough to predict.

When you look at the longer periods shown in these tables, you can easily see a couple of things:

• Small-cap blend funds and small-cap value funds were above-average performers in most of the decades.

• The four-fund combination — in my view a very good strategy — rarely disappointed for long.

In the short term, small-cap blend and value (both large and small) are riskier than the S&P 500.

But in researching a new book that will be published later this year, I came across a set of pretty convincing statistics. In all the 40-year periods from 1940 through 2018, the best performance of the S&P 500 was a compound rate of 12.2%.

In the same period:

Small-cap value stocks have done exceptionally well so far this century. However, many investors don’t think this will continue. There’s no way to know, of course.

The academic researchers who discovered the premium historical returns for small-cap stocks and value stocks admit they can’t predict the future. They believe that value and small will continue to outperform growth and large. But only the future will tell.

For more, check out my latest podcast, in which I discuss more than 20 lessons about these four major U.S. equity asset classes and the difference between short-term and long-term returns.

Richard Buck contributed to this article. 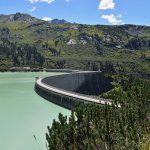 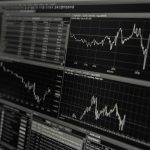 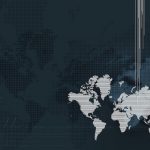 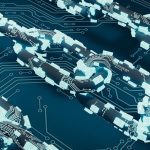 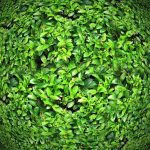