If government decisions about research funding are an indication of where they see the nation heading, the recent round of CRC grant recipients suggests the focus has strayed from the core issues facing cities and their sustainability.

The CRC for Low Carbon Living had submitted a bid for re-funding but was unsuccessful. It is now looking to wind down its activities in the coming weeks while awaiting the outcome of a re-bid which could be decided by the end of this year.

So what are the new CRCs?

In sustainability terms, it’s hard to see how the SmartSat CRC offers benefits for a low-carbon future on planet earth. Its mission is extra-terrestrial in focus, with a brief to foster the development of next-gen space technologies to “make Australia more competitive in the global space economy,” according to the Department of Industry website.

It will support growth in industries related to the sector including mining, communications, logistics, transport, agriculture and assist with “strengthening national defence and security”.

The CRC received $55 million in federal funding over seven years.

It has a broad scope of activities planned, including the facilitation of regional agrifood hubs at Western Sydney, Armidale, Peel in WA, Coffs Harbour and Darwin.

Other partners include food industry and agricultural enterprises, manufacturers, logistics firms and technology firms in the space, such as hydroponic and vertical farming systems providers.

Ana Deletic, UNSW pro vice-chancellor, research, said the university’s strategy had a strong focus on partnerships with industry to take products from prototype to market.

“The Future Food Systems CRC brings together a diverse group of over 60 research, industry and government partners with a common vision: to create the next generation of sustainable, efficient food production in Australia,” Ms Deletic said.

The Future Battery Industries CRC received $25 million over six years, and was initially seeded with $6 million from the Western Australian government to support its founding in Perth.

The core activities of the new CRC will aim to address gaps in the battery industries value chain, supporting battery deployment and optimising the circular economy for battery waste recycling.

“The world is transitioning to electricity systems powered by renewable energy and the global use of energy materials is booming, driven by the rising demand for batteries to store this power,” Curtin University deputy vice-chancellor research Professor Chris Moran said.

“The Future Battery Industries CRC will address the existing gaps in the nation’s capacity to respond to this growth industry by creating opportunities to process, manufacture and deploy batteries, delivering an estimated $2.5 billion benefit to the Australian economy over the next 15 years.

“This national consortium will also offer evidence-based advice to inform the development of government policies, rules and regulations to help guide the rapid transformation of energy systems driven by the expansion of renewables all over the world.”

The fourth successful funding recipient in Round 20 is the Blue Economy CRC, which was allocated $70 million over 10 years.

This CRC is fundamentally international in its partnerships and will focus its activities on the potential for aquaculture, renewable energy and other initiatives within Australia’s millions of square nautical miles of offshore maritime territory.

The overall goal is to increase seafood production and renewable energy production, while also contributing to environmental research and sustainability progress across marine engineering and ocean floor minerals extraction.

“This is big blue sky thinking fused with practical, impactful research to answer one of our planet’s most critical questions: how can we sustainably feed and power ourselves from the world’s oceans,” Professor Black said.

Here’s How Clean Energy Is Coming From Dirty Water 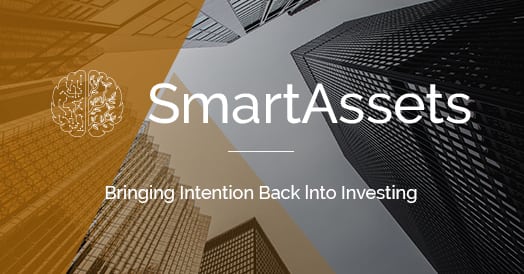